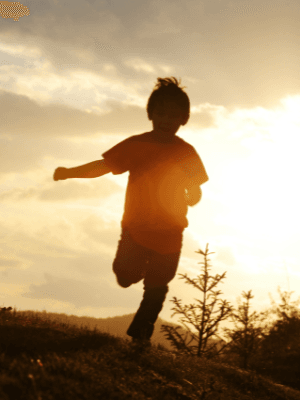 "I visited my CASA child for four years, from the time he was one until he turned five. As you can imagine, the activities we did together over that span of four years changed as the child changed. From floor play with toys we graduated to a fascination with vehicles, occasionally making time for reading or drawing. Once he became confident with his motor skills every visit consisted of running games, outdoors when possible and adapted for the indoors as necessary. His foster parents took pity on me and tried to steer him to alternate, calmer activities but it always came back to something that involved running! I did try to add a positive aspect to our running games; for example, by making one game into the idea of a “Hug Monster” trying to catch him to give him a hug rather than a “chasing bad guys” scenario that he suggested. This particular child just needed to run around and be active and I just needed to follow his lead, exhausting as it was!

As the case was closing I asked his foster mother to talk to him prior to my visit to explain why this would be my last visit. On that day as he and I walked downstairs to his playroom he said that his mom had told him I wouldn’t be coming any more.  I explained briefly that I wouldn’t be coming every other week and maybe we could have a play date once in a while. He leaned over to me and whispered, “I have a secret” and I invited him to tell me his secret. He replied, “Keep coming.”

At another time in the case I may have been concerned, wondering what was going on in his life that made him want me to keep coming. However, I felt comfortable knowing that things were  stable in his life and accepted that he wanted to continue to have me as his play partner, with no deeper meaning necessarily attached to that.  And I felt good about the fact that my presence in his life as a CASA for the past four years helped bring him to this place in his life." 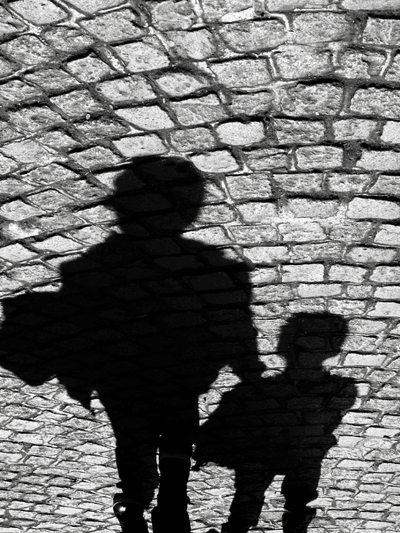 "When I first heard about CASA, it just seemed like a nice thing to do. I had no idea that it would transform my understanding of the social determinants of health and well-being. I never imagined that NINE years later (and counting!), I would still be involved. I had no idea that one day I would find myself riding the bus sharing tears with a woman who was pregnant with a child who would be my next CASA kid.

As a CASA volunteer with Canopy Center, I have been honored to work with multiple infants and young children, our most vulnerable citizens. In that time, I have filled innumerable small but mighty roles. I have been a baby-holder, a literal shoulder to cry on, a hide and seek player, an ABC singer, and a breakfast food feeder. I have spent hours with a young mom at an addiction treatment center, just listening. I have attended birthday parties where biological and foster families nervously mingle. I have been honored to stand as an advocate at heart-wrenching court hearings where a child's future literally hangs in the balance.

Most of all, I have been proud to be a solid, consistent presence in the life of a child who has seen guardians, social workers, care providers and even parents rotate in and out of their lives. Although some of my amazing kids have not even been old enough to speak, that hasn't stopped me from hearing them."